VFN organises seminar on health, education for girls in IDP camp in Abuja

VFN organises seminar on health, education for girls in IDP Camp in Abuja
By Ekene Agbor, Osogbo
A Non-Governmental Organisation, Value Female Network (VFN) has visited an Internally Displaced Persons camp located at Duromi Area 1 in Abuja, Nigeria’s capital and organised a seminar for girls in the camp.
The seminar was based on the health and education challenges of teenage girls at the camp.
Some officials of the NGO led by its Executive Director, Dr Costly Aderibigbe visited the camp on October 29, 2020 and discussed health and education issues affecting the girls with the hope of proferring solutions to their challenges.
Addressing the IDPs numbering 70 in a room within the camp, Dr Aderibigbe urged the girls to take their education seriously and shun early marriage.
According to her, it is their rights to get quality education and that education is not for the boy child alone.
She warned them against being truants in their schools and to do away with anything that would affect their chances of being graduates.
Discussing issues around the participants’ Sexual rights and reproductive health, the head of gender unit of VFN, Miss Moriike Yagboyaju charged the girls to always prioritise their health and refrain from acts that could truncate their future.
Yagboyaju urged them to be conscious of any change in their sensitive parts and maintain hygienic living habits.
She warned them against unhealthy relationships saying that such could lead to teenage pregnancy and Sexually Transmitted Diseases.
The IDPs, while asking questions revealed that some of them could not stay in school because of early marriage adding that poverty and ignorance have made some to drop out of school.
However, they promised to adhere to the pieces of advice and instructions by the speakers.
Appreciating VFN for organising the seminar, Mr Umar Gola, the camp Public Relations Officer, said the interaction was timely because many of the IDP girls were already losing interest in education.
Mr Gola urged the NGO to repeat the seminar soon adding that lack of education was what led to insurgency in the Northeast that made majority of them to IDPs.
The NGO later gave out some gift items to the participants.

One thought on “VFN organises seminar on health, education for girls in IDP camp in Abuja” 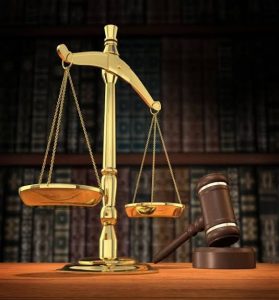 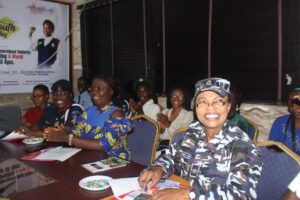 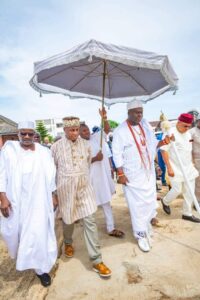