Osun community begs FG, State for assistance as windstorm renders many residents homeless
By Ekene Agbor, Osogbo
Many residents of Erin-Oke community in Oriade Local Government Area of Osun State, including the aged and widows, have been rendered homeless following a devastating thunderstorm that destroyed several houses.
The heavy windstorm that occurred on March 6, 2021, wrecked untold havoc in the ancient town as about 150 houses were said to have been destroyed.
Speaking for the inidgenes and other residents of the community, the Chairman, Board of Trustees, Erin-Oke Development Association, Dr. Salaudeen Akinwale Famakinwa called on both Federal and Osun State Governments to come to the aid of victims.
Salaudeen made the distress call after the on-the spot assessment visit made by both representatives of National Emergency Management Agency (NEMA) and Osun State Emergency Management Agency (OSEMA) to assess the level of damage caused by devastating windstorm.
He lamented that so many houses were vandalized by the heavy thunder windstorm.
The Chairman explained that on the evening of that day, it appeared as if it was going to be raining but suddenly, it turned into thunderstorm, pulling off roofing sheets and pulling down fences of majority of the buildings in the area.
How armed robbers shot two residents, robbed bank in Osun &#8211; Police
Recounting that about 150 houses were affected, the community leader recalled that they never experienced  a disaster of such magnitude in the area
According to him, the storm also affected residential facilities like schools, mosques as well as churches.
He therefore solicited the assistance  of both Federal  and State Governments to come to their aid to cushion the effects of the monumental damage.
In a similar vein, the Women Leader of the All Progressives Congress in the state, Alhaja Kudirat Fakokunde also appealed to the Federal government to assist the community, saying that the State Government couldn’t do it all alone.
Mrs Fakokunde further reiterated that the heavy downpour, which occurred about two weeks ago, with the attendant boisterous windstorm, has  rendered so many individuals homeless, including widows, widowers and aged people who cannot afford the cost of renovation.
She therefore harped on the need to give quick relief to the victims.

One thought on “Osun community begs FG, State for assistance as windstorm renders many residents homeless”

Benedict Alabi: An exemplary administrator @56 Every 12th of July is a nostalgic reminiscence of a divine intervention in humanity, providentially domiciled in the ancient town of Ikire, a special gift of unquantifiable value from the most high, Benedict Olugboyega Alabi, Omo Oyinbo Dudu, Ewu Ni Winrin. From birth to adulthood, the iconic administrator has […]

Osun Deputy Governor felicitates cabinet members on birthday Osun State Deputy Governor, Benedict Alabi, has congratulated Dr Charles Akinola,  the Chief of Staff to Governor Adegboyega Oyetola, on the occasion of his 65th birthday. Alabi, described Akinola  as a leading light of  intelligentsia,  with inherent  dexterity for developmental initiatives. The Deputy Governor, in a statement […] 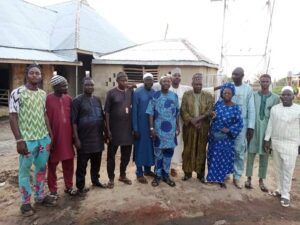 We detest crime, say Hausa, Fulanis in Osun, vow to expose criminal herders By Timothy Agbor, Osogbo The Hausa community in Ilesa, Osun State has dissociated itself from Kidnappings and other forms of criminalities in the state saying they detest crime. Also, the Fulanis resident in the town promised to fish out the bag eggs […]