On this INTERNATIONAL DAY AGAINST DRUG ABUSE & ILLICIT TRAFFICKING, let’s be reminded that our failure to continue raising awareness on the dangers that drug abuse pose to our society, is aiding the rise in the vices that we are witnessing around us especially among our youths. We cant afford to relax on our campaign until we have a society free of drug abuse.

The theme for this year’s *World Day Against Drug Abuse & Illicit Trafficking is SHARE FACTS ON DRUGS, SAVE LIVES This theme aims at combating misinformation and promotes sharing the facts on drugs — from health risks and solutions to tackle the world drug problem, to evidence-based prevention, treatment, and care. Do & say something wherever you are today and always to let members of the public know the dangers in abusing drugs. Be an ANTI-DRUG CHAMPION.

NUJ proffers solution to surge in suicide rates among undergraduates

Most insane youths, suspected killers, rapists, hooligans and hoodlums, robbers and other never-do-well individuals are ambassadors of drug abusers. Many have died owing to drug abuse and of recent is the case of the murder of a billionaire TV CEO. 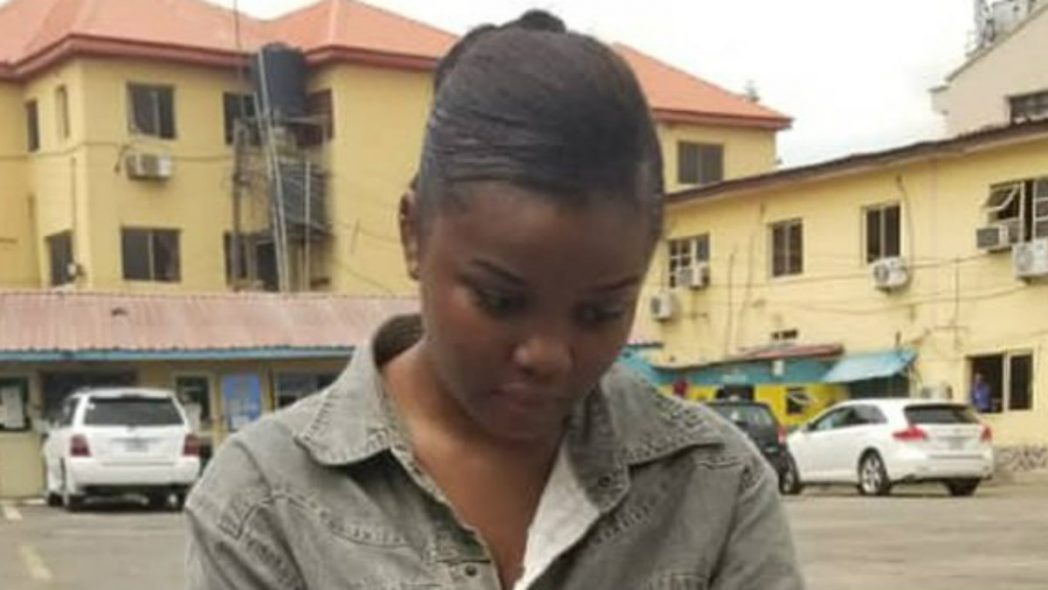 Recall that the Lagos State Police Command recently arrested a 21-year-old undergraduate of the University of Lagos (UNILAG) for allegedly killing the Chief Executive Officer (CEO) of Super TV, Usifo Ataga, in Lagos. While confessing to the crime, the young lady said she had smoked some substance before the act.

Lagos State Commissioner of Police, Hakeem Odumosu, told journalists that the prime suspect, Chidinma Adaora Ojukwu, who was paraded recently at the police headquarters in Ikeja, was tracked and arrested in her Yaba residence after she fled from the apartment on June 15.

The 300-level student of the university conspired with others, now at large, and allegedly murdered Ataga by stabbing him severally with a kitchen knife at a short service apartment in Lagos.

Odumosu said during the search, the suspect, a Mass Communication student of the University of Lagos, was caught with a blood-soaked cloth worn on the day of the incident and confessed to stabbing the deceased with a kitchen knife after a struggle.

She further confessed to taking the knife away while leaving the scene and disposed of it in a dustbin at her residence and also stole the deceased iPhone.

Some of the items found with her include one fake driver’s licence bearing Mary Johnson, complimentary cards, Access Bank statement account, one Nigerian passport, the suspect’s photograph, one National Identification Card, one UBA ATM debit card and University of Lagos identity card.

The police boss revealed that investigation was ongoing to arrest other accomplices, while the case would be charged to court as soon as investigation is concluded.

“I checked online and sent to him, he asked me to go check it out which I did and paid.

“On Monday, June 14, we were together drinking, smoking and I also went to get food. On Tuesday, June 15, he was making advances at me and I resisted, so he became violent and later had his way.

“In the afternoon, he ordered for smoke, ate and we became high because I also smoked with him even though I was still angry about the first one he did.

“So, I was on my own, watching a movie on the couch. He came at me again and I said no because I wasn’t happy with him.

“I told him that he doesn’t help me but only plays me around, he kept trying to make advances and I was resisting so I had to defend myself.

“At some point, he hit my head on the wall and was choking me. I tried escaping but the door was locked so he pulled me back.

“I grabbed a knife from the kitchen and stabbed him twice in the neck and threw the knife on the bed.

“He then tried reaching for the knife so I picked it again and stabbed him the third time,” she said.

With this recent ugly development, governments, parents, guardians and other relevant stakeholders need to be on top of their game to checkmate this drug problem. It was obvious according to the revelations of the suspect that Ataga and herself had smoked and could not control themselves again. This is one of the dangers of abusing drugs.

You also have a role to play by RAISING AWARENESS and sensitising those around you on the dangers of drug abuse.

Together, we can stop or drastically minimise this raging pandemic!

Osun, Adeleke: As ‘dende ijo’ begins by Seyi Adeniyi   I finished secondary in 1998 at Imesi-Ile Commercial Grammar School. In 1999, Chief Bisi Akande emerged as Osun State Governor. During this period, there was nothing like NECO, once your WAEC result is not good, you will wait till another year, for those who couldn’t […]

Ugwuanyi’s successor: ‘Keeping the Records Straight’ By Ike Ona My attention has been drawn to a mendacious report in a pigeonholed spurious Blog known as GMT News by a cheap and castrated pinchpenny masquerading as Onzike Orji. The said apostle of Babel maliciously claimed that Hon. Augustine Nnamani, the State Chairman of Peoples Democratic Party […]