Police detain Osun masquerades’ leader over clash with Muslim group
TIMOTHY AGBOR, OSOGBO
The Nigeria Police has detained the leader of masquerade worshippers in Osun State, Chief Kayode Esuleke, over clash with Muslims at their worship centre in Osogbo on Sunday.
Chief Esuleke, an octogenarian, who is also a stalwart of the All Progressives Congress (APC) in Osun allegedly led some masquerades and other traditional worshippers to a Mosque at Oluode Aranyin area of Osogbo to attack an Islamic group, Kamorudeen Society of Nigeria in the State capital.
In the process of the attack, one person, Moshood Salawudeen, an Islamic preacher and leader of the sect in Iwo, Osun State, was shot dead, while about 14 persons, including children, sustained gunshot injuries. 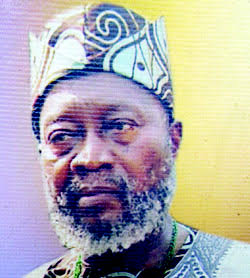 The group had on Sunday organised a special prayer for the nation on the crisis facing Nigeria.
The Point gathered that Chief Esuleke, an Esu priest, was invited  by the Inspector General of Police’s Intelligence Response Team (IGP-IRT) to their station in Oke-Fia on Tuesday and was detained.
Confirming the arrest on phone, the Osun State Commissioner of Police, Olawale Olokode said he withdrew the case from the former Investigative Police Officer who was initially handling the case due to the request from the Islamic group.
How &#8216;Yahoo Boys&#8217;, EFCC operatives&#8217; clash robbed Osogbo residents of peace
“I transferred the case to IGP-IRT because one of the parties, the Islamic group, said they didn’t want the person handling the case,” the CP said.
Olawale had assured members of the public that thorough investigation of the matter would be carried out.
He urged residents to stay calm and trust police investigation. 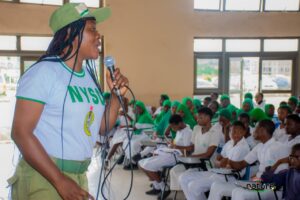 Osogbo Catholic Diocese holds first Synod as Church delegates urged to listen to Holy Spirit’s voice TIMOTHY AGBOR, OSOGBO The Catholic Diocese of Osogbo, Osun State, on Sunday, commenced weeklong activities for its first synod. This is coming as the Bishop of the diocese, Most Rev. John Oyejola, informed Nigerians that their votes make them […]

Tinubu passionate about Nigeria, in UK for consultation — APC Chieftain

Tinubu passionate about Nigeria, in UK for consultation — APC Chieftain Timothy Agbor The Deputy National publicity Secretary of the All Progressive Congress, Hon Yakubu Murtala Ajaka, has said that the party’s presidential Candidate, Senator Bola Ahmed Tinubu is in good health and not on medical trip as widely circulated. Honourable Ajaka, who visited the […]