Gunmen attack travellers in Osun, kill one as Police launch manhunt
By Ekene Agbor, Osogbo
Some yet to be identified gunmen have killed one passenger and left two others injured during an attack on a bus in Osun State.
The gunmen, suspected to be herdsmen fired gunshots and ambushed the vehicles plying Osogbo/Ibokun road in the state on Tuesday evening.
It was gathered that the gunmen intercepted the bus travelling along the route and started shooting at the passengers while trying to escape.  One person died while two others sustained bullet injury.
When contacted on the telephone, the spokesperson of Osun State Police Command, Yemisi Opalola, confirmed the attack and killing of the passenger.
But Opalola said it was yet to be known wether the gunmen were bandits or kidnappers as speculated.
The incident occurred around 7:30 pm beside Aje Bamidele village in Obokun Local Government Area of the State.
Opalola added that some units of security operatives have launched a manhunt on the attackers.
She added that the Font Response Unit (PRU) Joint Task Force and Amotekun operatives are combing the forest.
“The person who was shot dead as been moved to the morgue while others two who sustained injuries has been treated in the hospital.
“We could not ascertain if anybody was kidnapped from the scene but our men are in pursuit of those gunmen.
“The Police, JTF Font Response of the police and the men of Amotekun have been combing the forest to arrest the suspects.”
Also confirming the attack, the Field Commander of the Southwest Security Network Corps codenamed Amotekun, Comrade Amitolu Shittu said the Corps received distress calls from residents of the attack scene.
He said Amotekun arrived the scene and removed barricades mounted by the gunmen. 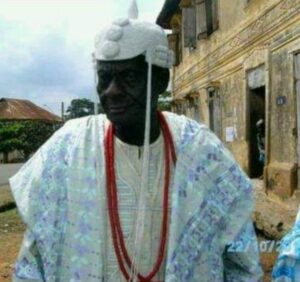 Encomium as Oba Oluyide Goes Home   The reign of Oba James Idowu Adeyemi Oluyide, Otafa ll, the Akinyinwa of Ikinyinwa-Ijesa who joined his ancestors recently has been described as outstanding and characterised with tremendous achievements. Mr Joseph Oluyide, the monarch burial committee chairman, who made the remarks at a meeting of the committee at […]